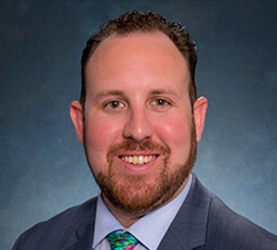 While earning his law degree from Stetson University College of Law, Robby excelled in his Trial Advocacy classes, which was nationally ranked as the top law school for trial advocacy. He was also an esteemed member of the Honors Program, Treasurer of the Entertainment and Sports Law Society, and served as Intramural Sports Chair.

Since embarking on his legal career, Robby has rigorously represented and advocated on behalf of clients adversely afflicted by defective medical devices and harmful drugs in the most complex mass tort cases on both a national and local level. Robby has litigated in state and federal courts around the country including various Multi District Litigations (MDL). Robby is extensively involved in the following medical device and pharmaceutical litigations:

Whether through settlement or litigation, Robby strives to make a significant impact for all of his clients to gain the absolute best outcome possible. As a result, Robby has successfully resolved hundreds of cases for his clients across the country.