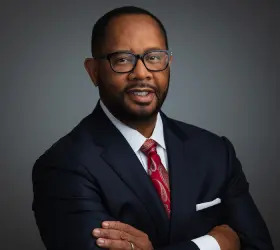 Awarded the Vince Monroe Townsend Legends Award by the National Bar Association for historic leadership in the area of Civil Rights and designated as a Game Changer by Politic365. Gregorio (Greg) Antonio Francis currently serves as lead counsel for the historic Black Farmers case. This national class action challenged the ongoing disparate treatment of Black Farmers across the United States resulting in a $1.25 billion dollar settlement. Nearly 20,000 Black farmers or their descendants received the “JUSTICE” they had long demanded. In RE: Black Farmers is the largest settlement of a Civil Rights case in the history of the American Civil Justice system.

Francis began his legal career in 1994 as an associate with a statewide defense firm specializing in medical malpractice defense, nursing home defense and municipal defense.

In 2001, Francis joined the law firm of Morgan and Morgan, P.A., as a Partner, focusing his practice on medical malpractice, police misconduct, wrongful death and catastrophic personal injury cases. From 2004-2006, Morgan & Morgan, P.A., participated in a joint venture with famed trial lawyer Johnny Cochran to open an office in Miami, Florida where Francis served as the co-managing partner. After achieving great success with The Cochran Firm, Francis became a shareholder of Morgan & Morgan, P.A. As the firm expanded, Francis was instrumental in opening new offices in Atlanta, Georgia and Jackson, Mississippi. He held the position of managing partner for the Jackson, Mississippi office from its inception through 2014, Francis also served on the firm’s Executive Committee.

In 2018, Francis joined longtime friend and colleague Joseph A. Osborne in forming their own firm, Osborne & Francis, PLLC. The firm has offices in Boca Raton and Orlando. Their firm will focus primarily on product liability, medical device litigation, pharmaceutical litigation, medical malpractice and personal injury litigation.

In addition to his professional achievements, Francis serves as a member of the Board of Trustees for Bethune Cookman University. Additionally, Francis has served as legal counsel to the Lay Ministry of the African Methodist Episcopal Church which boasts membership of over 3 million. In 2010, he was appointed to serve on the Ninth Circuit Judicial Nominating Commission by Governor Charlie Christ. Francis is very active at all levels of the National Bar Association having served on the Executive Board of the Florida Chapter and as President of the Paul C. Perkins Bar Association from 2001-2003. In the community, Francis is an active member of the Kappa Alpha Psi Winter Park Chapter and was recently featured in the Kappa Journal, RYSE Magazine and Onyx Magazine for his contribution to the local community and for his national accomplishments.

Mr. Francis was born in the Panama Canal Zone and moved to the United States as a young child. He graduated from Oak Ridge High School with honors in 1986. Francis then earned a Bachelor of Arts in Criminal Justice from the University of Florida in 1991, and a Juris Doctorate in 1994 from the University of Florida Law School, where he was a Virgil Hawkins Fellow. In law school, he received writing and oral honors in Appellate Advocacy and was named to the Dean’s List. He was appointed as a Justice for the University of Florida Board of Masters, the highest Appellate Court for student disciplinary matters, and rose to the level of Senior Presiding Justice in 1994. He was also a member of the Frederick Douglas Moot Court Team and Publishing Editor for the UMDJA Law Journal. As a result of his academic achievements and extracurricular activities, he was inducted into the prestigious Florida Blue Key Leadership honorary society.

Currently, Francis volunteers his time to a number of local non-profit organizations. Most recently, he launched his own philanthropic platform, Believing In Good, which funds and hosts an annual “For the Kids” toy drive where he returns to the neighborhood of his childhood and distributes Christmas gifts to the children. He serves on the Board of Trustees for St. Mark AME, is a member of the Orlando Chapter of 100 Black Men of America and a Board member for Nap Ford Charter School. Francis is married to the former Keisha Berry, has a daughter, Grier, a son, Gregorio II (Rio), and resides in Windermere, Florida.

Just Harvest by Greg A. Francis

Firm Partner Greg Francis served as lead counsel representing thousands of Black Farmers in the largest civil rights discrimination settlement in U.S. history. In his book, “Just Harvest: The Story of How Black Farmers Won the Largest Civil Rights Case Against the U.S. Government,” he documents the case that resulted in more than 33,000 Black Farmers receiving checks totaling $1.25 billion. 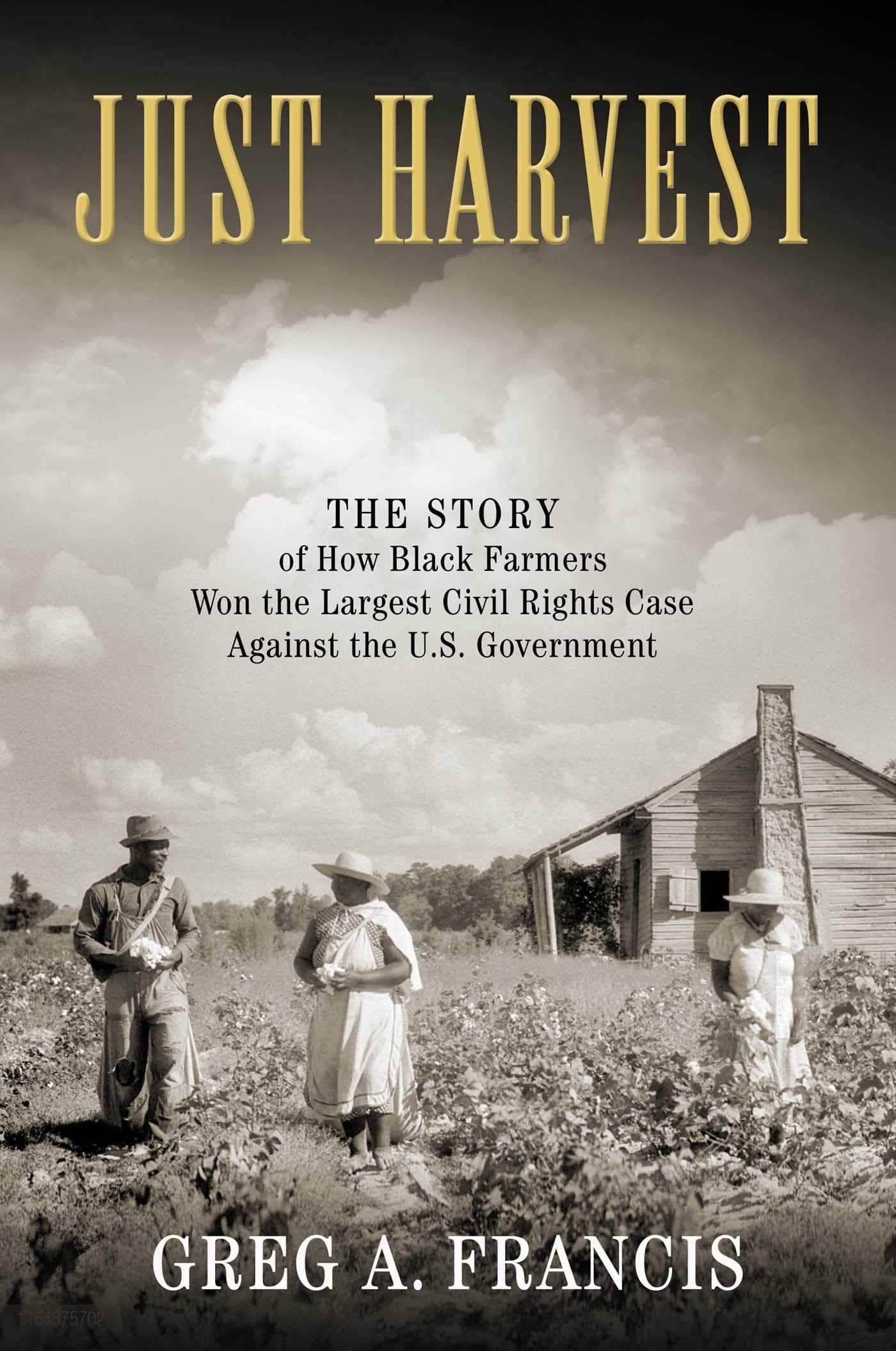