Osborne & Francis, PLLC is a Florida law firm representing injured Floridians in a wide range of personal injury cases. We hold a national reputation in product liability and civil rights, including a $1.2 billion settlement on behalf of black farmers.
We offer personal injury victims a boutique style experience, while still providing the resources and aggressive legal representation of a large firm. Due to our size and selectivity with cases, we can deliver a more personal experience to our clients. 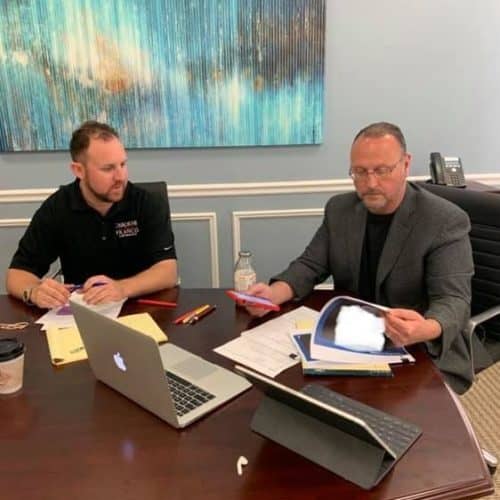 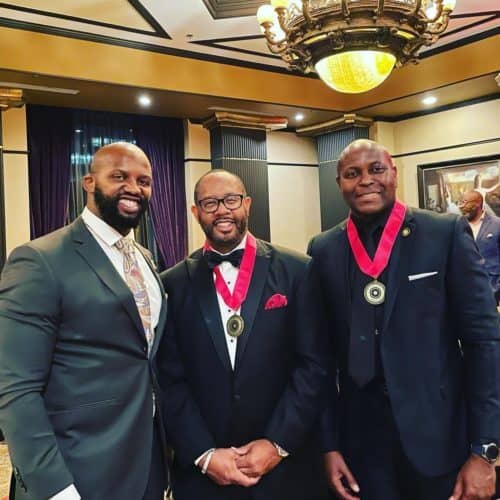 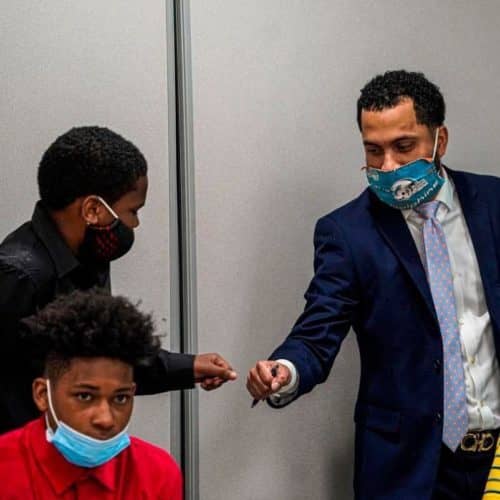 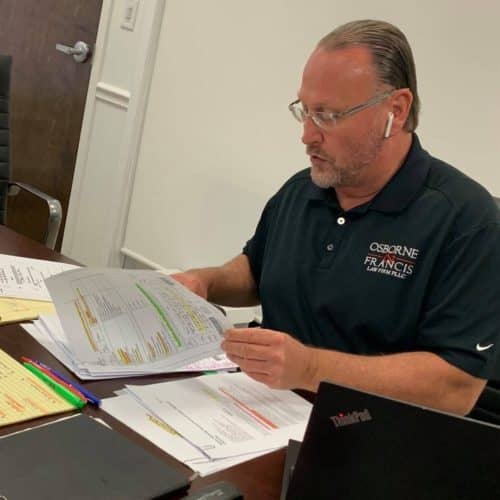 As one of Florida’s only black-owned law firms, our aim is to treat our clients with dignity, respect, and significance. No matter their socioeconomic or racial background, they matter to us. We seek out the underrepresented and marginalized of our communities to give back and invest in their health, education, and success.

We place a higher priority on our client’s well-being than just obtaining a quick settlement. At Osborne & Francis, we understand that our work impacts the laws and policies that form the foundation of our communities. We will do the right thing in each situation to act in our client’s best interest.

History of Our Practice

Osborne & Francis was founded in 2015 with the goal of providing aggressive and thorough legal representation for the underdog. We understand what it takes to go up against large, multi-million dollar corporations in order to bring justice for our clients.

We represent injured Floridians who have suffered personal injury from an auto accident, medical malpractice, consumer product, or other forms of negligence. These are your everyday citizens who may not have the resources, knowledge, or ability to go up against large entities that have caused them harm due to violations or wrongdoings.

At Osborne & Francis, we work resolutely and do whatever it takes to get the job done. We never back down or ease up until our clients receive the full amount they are due under the law. Our work benefits both the individual through the appropriate legal remedies and the community as a whole through relevant changes in law and policy.

Integrity is a mainstay and guidepost throughout our practice — we will do what’s right, no matter how difficult it is, in order to achieve our client’s best interest.

To better serve our clients, we handle cases throughout Florida and have offices conveniently located in Orlando and Boca Raton. We prioritize togetherness across office locations despite time, task load, or distance in order to create a cohesive and efficient process for clients.

Our attorneys have extensive experience in a broad range of legal issues and practice areas, including:

We also accept national cases that affect large portions of the population, such as:

Whether you have suffered injuries and losses due to medical negligence, a catastrophic car accident, or defective medical products, our team of knowledgeable and dedicated attorneys is ready to assist you.

Nationally Recognized Attorneys
Our attorneys have won a wide range of prestigious awards for their success in litigating personal injury cases. Our team has received honors from top-rated peer-review listings and organizations. 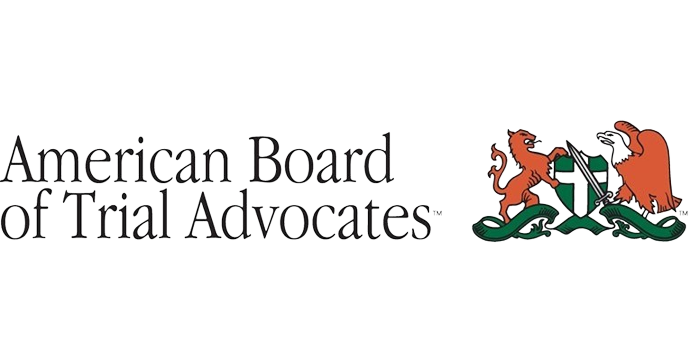 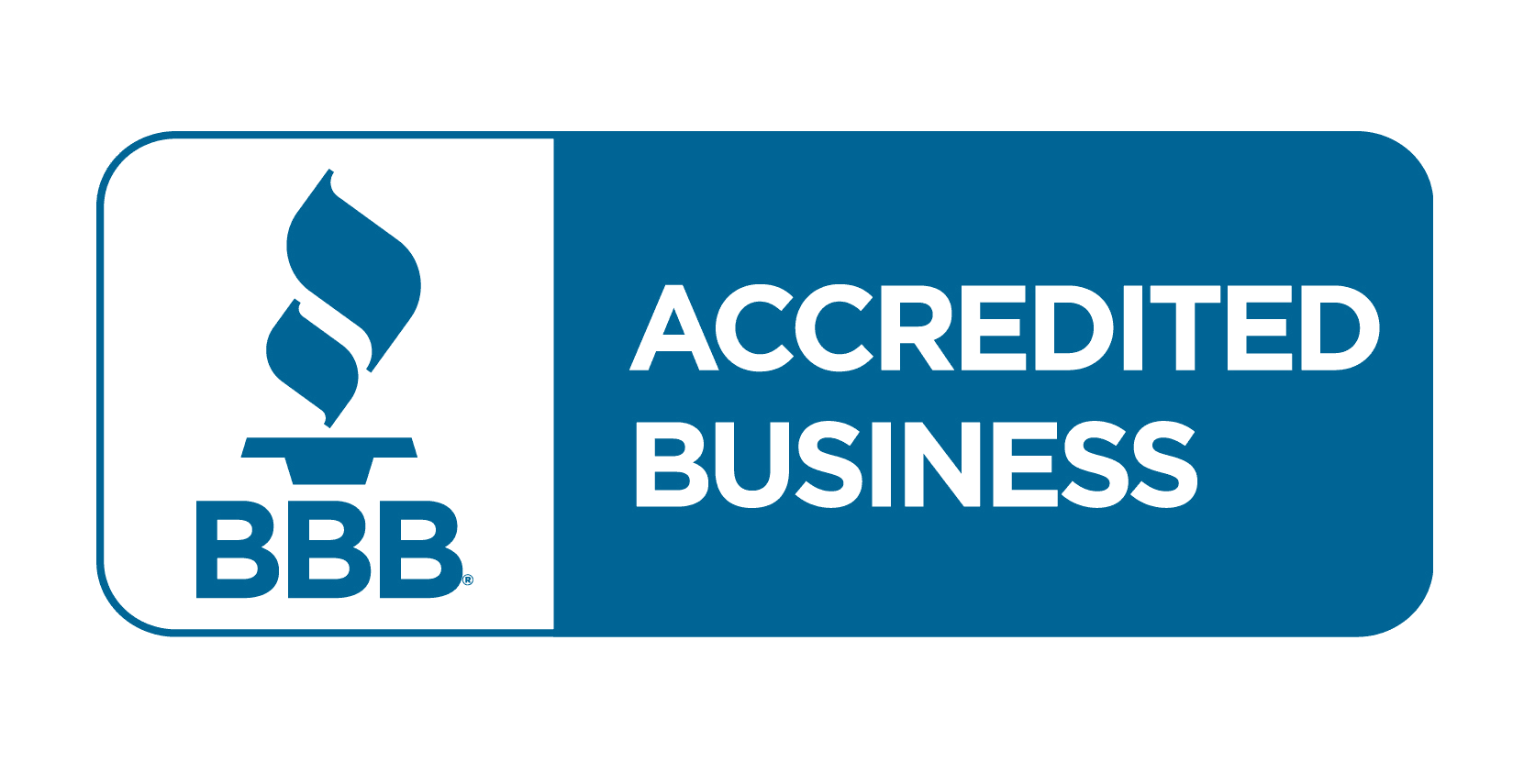 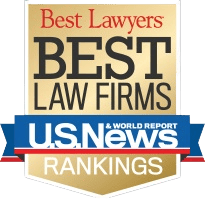 "Best personal injury attorney around, I could not be happier! I was seriously injured in a car accident and Osborne and Francis helped me through the entire process. I was blown away by how knowledgeable the staff and attorneys are at this incredible law firm. I would not hesitate to recommend this law firm to friends and family!"

“Attorneys Greg Francis and Ryan Fletcher at Osborne & Francis Law Firm represented me in my personal injury case.The defendant drew a line in the sand and was adamant on a settlement amount I was almost willing to accept. After the dust settled and the smoke cleared, we settled for 3 times that amount!!! When they say ‘Real Tough Lawyers,’ they mean it.”

Quick and fair resolution to a unique case. On advice of my own attorney, I engaged Joseph Osborne of Osborne & Francis of Boca Raton, FL. Mr. Osborne had considerable experience in cases such as mine and the results showed that. Mr. Osborne and his staff were very helpful, kept me up to date, and listened to my input. The settlement was very fair as far as I am concerned.

Dennis and the other Osborne & Francis staff were amazing! Our case was HUGE and required tender loving care. Everyone on our case did their part by putting all the puzzle pieces together. We were given step by step updates and put at ease when our nerves got the best of us. For every inquiry we made we received a timely response...You are appreciated!

“I couldn’t have asked for a better lawyer/ firm — everything was done professionally exactly how I wanted. Due to COVID my personal attorney Mr. Garcia was still able to make things work in a timely manner and he never made me feel like he wasn’t working. Overall I’m happy with how my case turned out and I would recommend him and this law firm to anyone. 100% satisfied.”

“I am so thankful for EVERYONE, the entire staff at Osborne & Francis Law, for mentoring me through the mediation process with my hip replacement failures. I didn't realize how MUCH pressure they relieved me of by helping me deal with the reality of this traumatic time in my life, as it was OVER so quickly with a positive result. My family is grateful to have their mom HAPPY & FOCUSED on the future, rather than worrying over what happened in the past! FAST FORWARD, we are LIVING LIFE to the fullest once again!”

Please fill out the form below for your

Thank you! Your submission has been received!
Oops! Something went wrong while submitting the form.

We fight hard to ensure our clients are compensated justly for the wrongs and sufferings they have endured. The effects of our legal victories also extend far beyond this and influence legislation and social policies and accomplish widespread structural change throughout our society.

Osborne & Francis attorney Greg Francis served as lead counsel for the team of lawyers that went up against the United States Department of Agriculture (USDA) in a historic case. The team reached a $1.25 billion settlement with the USDA on behalf of black farmers from around the country.

The case showed how tens of thousands of black farmers suffered systematic and repeated discrimination at the hands of the USDA from 1981 through 1996. During that period, black farmers were allegedly denied loans, subsidies, and other benefits provided to white farmers.

As a result of the settlement, more than 33,000 individual black farmers or their heirs received payments of $50,000, plus an additional payment of $12,500 paid to the Internal Revenue Service to cover the taxes owed on the awarded amount. This is the largest civil rights settlement in U.S. history.

Francis has compiled lessons from his experience litigating the lawsuit for a new book, titled “Just Harvest.”

Attorney Joseph Osborne was part of a trial team that secured a groundbreaking federal court verdict against Boston Scientific regarding injuries from the Pinnacle mesh device. Jurors awarded Osborne’s client Amal Eghnayem more than $6.7 million. Additionally, Boston Scientific Corp. was ordered to pay $26.7 million to the group of women who were injured by the products.

The verdict is the first in a federal case against Boston Scientific over the Pinnacle inserts and the first to combine more than one plaintiff’s claims.